Well, in the beginning there was only endless empty space and a few gas clouds, and then there was a big bang…
Ok maybe that is a little too far back to start our story…

There was Debs the pretty princess of overlanding* from Oz (Australia).

Who spent a couple of years driving overland trucks and tour leading through South America…Until her boss sent her to Africa. And while she was in Tanzania she ran into Thiemo the rugged Overlander from Germany ja ja!!!

She had a problem with her truck and called on Thiemo the super “Mr fix anything”. Thiemo, an overlanding legend, had worked in the Middle East driving from Istanbul to Cairo and then to Cape Town and was now driving and leading a Trans Africa UK to Cape Town. He fixed Debs’ truck and asked her to join him for a drink…she said yes…but went to bed instead…

And then there was the lion.

But this is a story for another day…

As fate would have it they met again a few months later at the Victoria Falls and decided to drive through Africa together happily ever after.

And so the story would end if it wasn’t for the fact that common assumptions about fairy tales are fundamentally wrong. 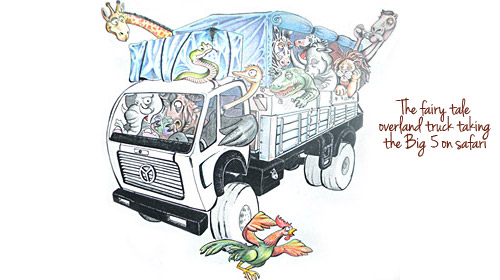 After having explored Africa for years, driving and leading trips for other tour companies they decided in 2005 to start their own business doing overlanding the right way.

And they must have been doing something right as the business has kept growing. And they developed new products for unique people wanting to explore Africa.

Soon they found like minded overlanders with the same passion who wanted to join Debs and Thiemo’s team. There is no school or university course to teach how to successfully lead a trip through the entire African continent. It is a skill as rare as an honest politician. 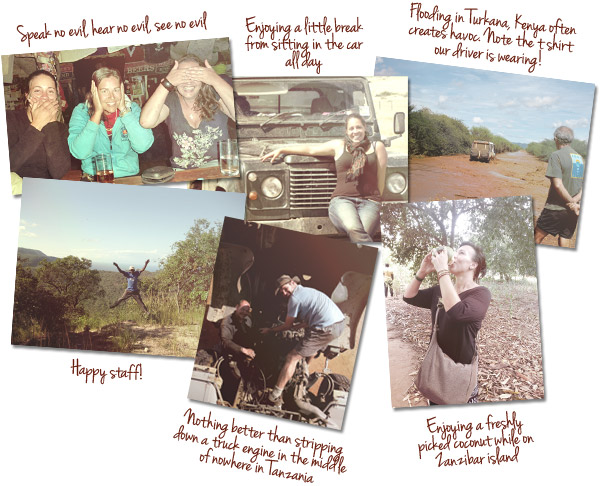 All of them have extraordinary talent as leaders, cooks, mechanics, drivers and amazing people skills.

So Debs and Thiemo settled in Kenya, built a workshop and base in Masai Land and got themselves a dog that quickly became part of the family.

Despite that they are nowadays mostly tied up in the office and workshop they still enjoy going on new overland adventures leading groups and discovering new places and meeting people. 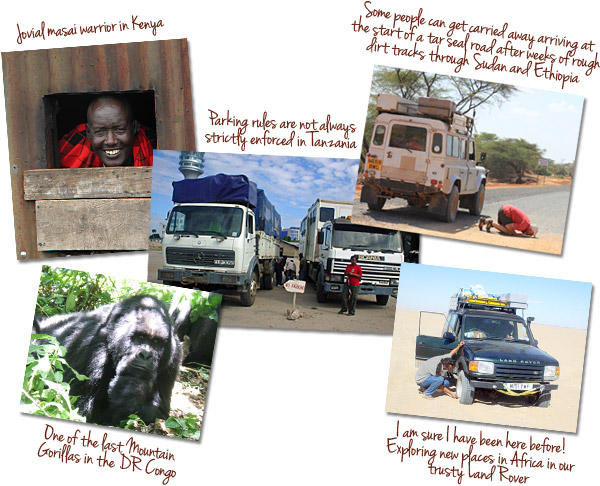 They are all living happily together in their little kingdom welcoming travellers from all over the world to show them the amazing continent of Africa. 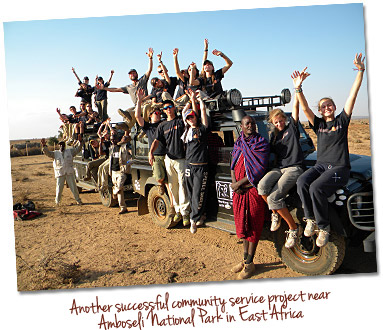 Footnote: Overlander m: fem: – ing: v: – Originally meaning – travelling vast distances over sometimes ferocious land surfaces, building bridges across rivers when necessary and spending prolonged periods of time fixing or digging vehicles out of sand or mud. Not exactly sure where they are but in general heading in the right direction, being in the knowledge that 300kms (200 miles) on the map can easily take up to 3 weeks. Today’s meaning –getting from A to B, meeting fabulous people and exploring incredible places.

P.S. This is what Thiemo does when he is not on safari and there is no wind! 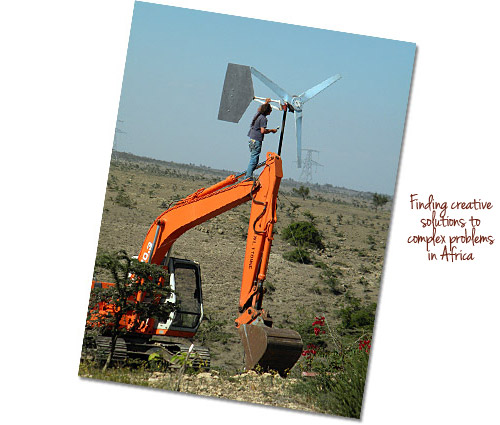 You can also find our trips on SafariBookings.com